The Innova Crysta has been Toyota’s most successful vehicle in India after replacing the Qualis, which is its predecessor. Since it was on sale in 2005, the Innova Crysta had remained almost similar until the new launch at the Auto Expo 2016. The new-generation Innova Crysta is almost a brand-new car except for the remnants of its body shell. The MPV has dominated its segment ever since it was first launched, selling more than the average hatchback now and then.

Both the petrol and diesel engines have the ‘ECO’ and ‘Power’ drive modes. Besides, the motor of Toyota Innova Crysta can wander on the roads and easily drive at high speed all day long. In the straight line, it still feels utterly steady even at three-digit speeds. Bumps, crosswinds or a lane-change can’t affect the stability of the vehicle. The 2.4 engine sometimes has pretty loud noise at high revs but it would be quiet if you set at cruising speeds.

The selling price of Innova Crysta in New Delhi is a little bit more expensive than its rivals, both the base model and the top model’s price are higher but this doesn’t stop Innova Crysta from becoming a hot-selling MPV because of its popularity. 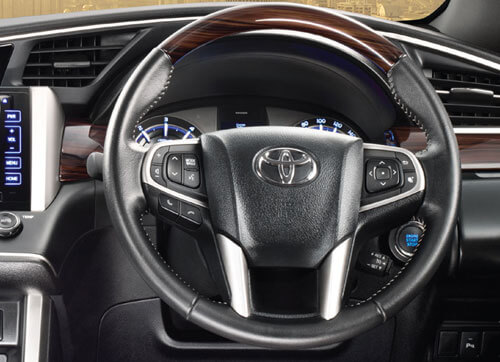 The fuel-efficiency of the Toyota Innova Crysta ranges from 10.75 to 15.70 kmpl, which is not an ideal result that many people expected. This is just the tested outcome, if you carry about 4 to 7 passengers because it is a 7 or 8-seat MPV, the real fuel-consumption would be worse than this data.

For an MPV like this and worth this price, the size of Toyota Innova Crysta is acceptable for plenty of people and there is enough space to carry 7 or 8 passengers.

The distance between the ground and the chassis is 178mm, which is proper a height for an MPV to make its driver and passenger feel comfortable and stable with a good suspension. Even you carry a few people or your car is fully loaded, there is still enough ground clearance. 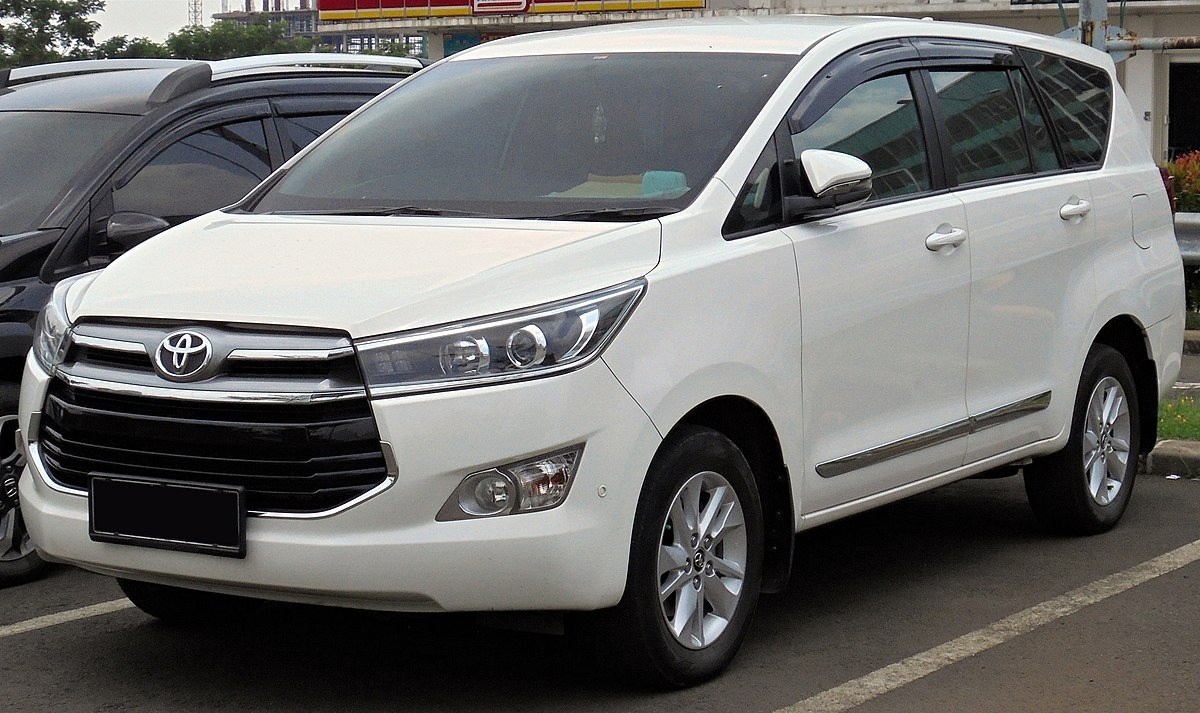 The Innova Crysta is completely different from the older one. Everything has been renewed comprehensively in order to give it a luxurious feeling. The design is fresh, transforming the slender proportions into a wider and more rugged appearance. It is safe to say that the older generation is outdated in terms of design, despite lots of facelifts. 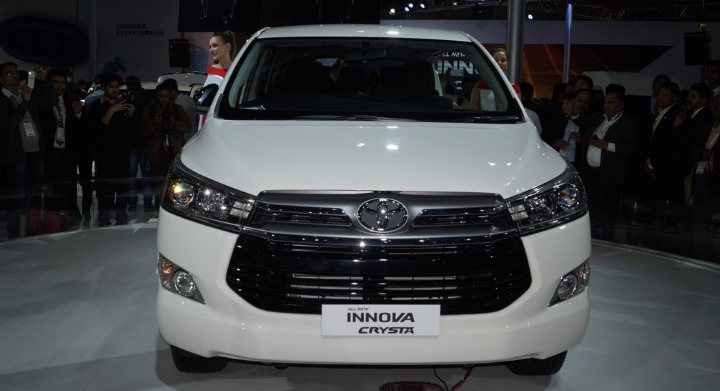 Its frontal part now features a hexagonal grille that includes two long and big chrome slats connecting the projector headlamps. And the layout of the smoked-out headlamps and the placement of the LED pilot lamps is a good idea. The lower part of the grille is glossy black, which can make it more premium.

The Innova Crysta has changed its simple-layout cabin into a business-class room. Toyota uses superior materials to design its cockpit and everything you see, touch and feel are built for luxuriousness. The only thing you find it not so exquisite maybe the lower part of the dashboard. The leather-wrapped steering wheel feels good to hold when you are driving. There are some buttons for the audio, calls and the MID, which gives you the information about fuel consumption, cruising range, average speed and so on. 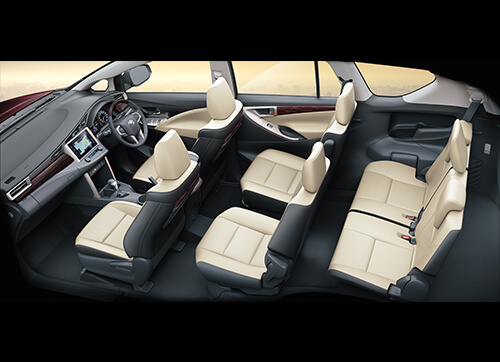 The front and the second row of seats are big and comfortable and almost everything can be adjusted, so it would be great to spend long hours on travel. Rear-seat passengers have their own armrest and automatic climate control. What’s more, there are drop-down foldable trays on the back of the front seats, they can be used as a table to put your things. 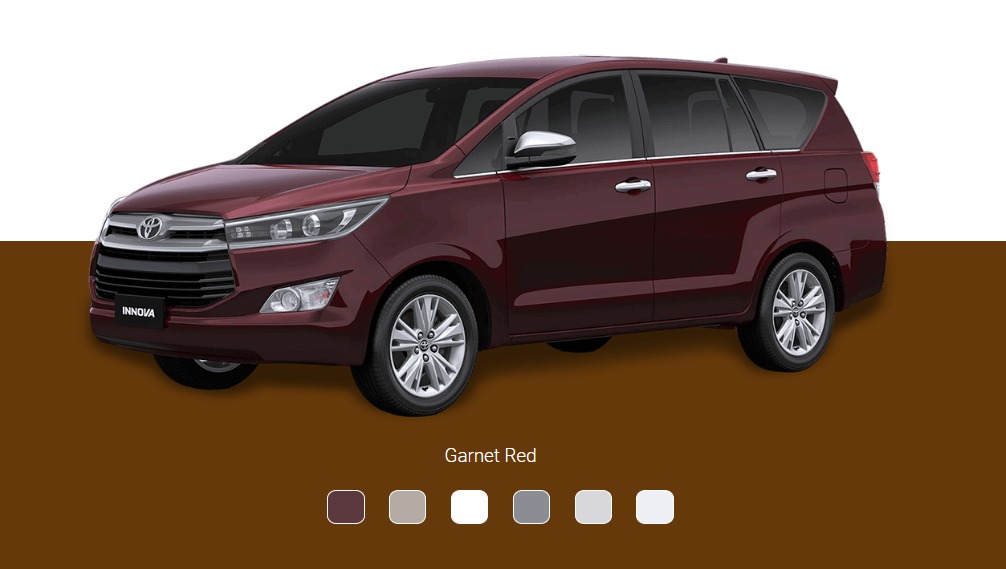 There are 6 standard colours provided by Toyota, they are Garnet Red, Avant Grade Bronze, White Pearl Crystal Shine, Grey, Silver and Super White, all of which symbolize the meaning of luxuriousness as well as dignity. 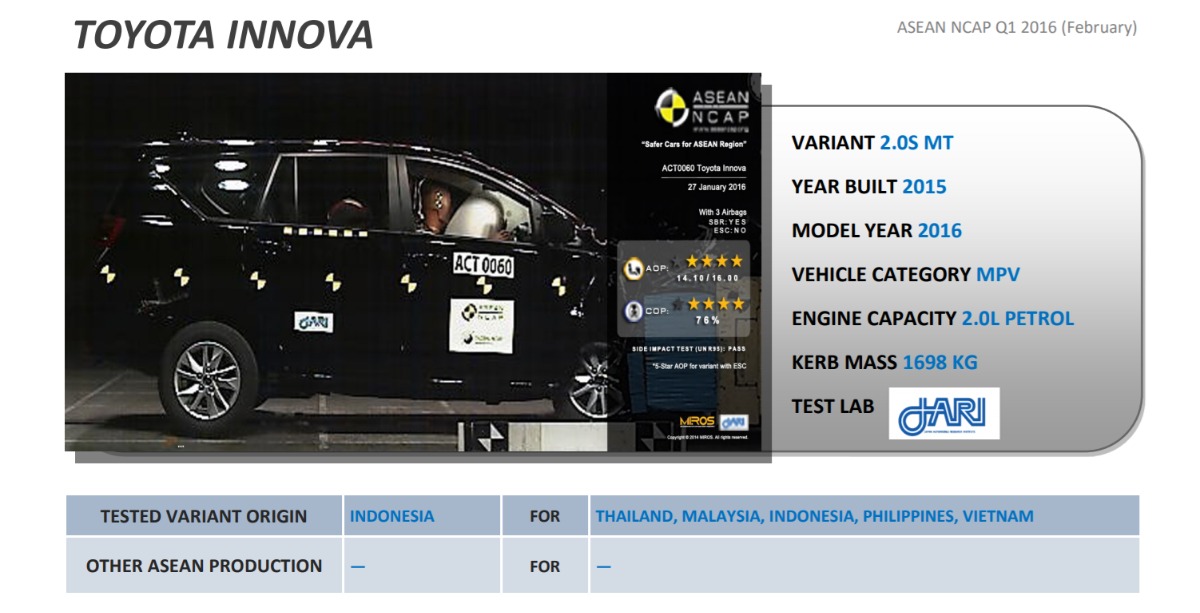 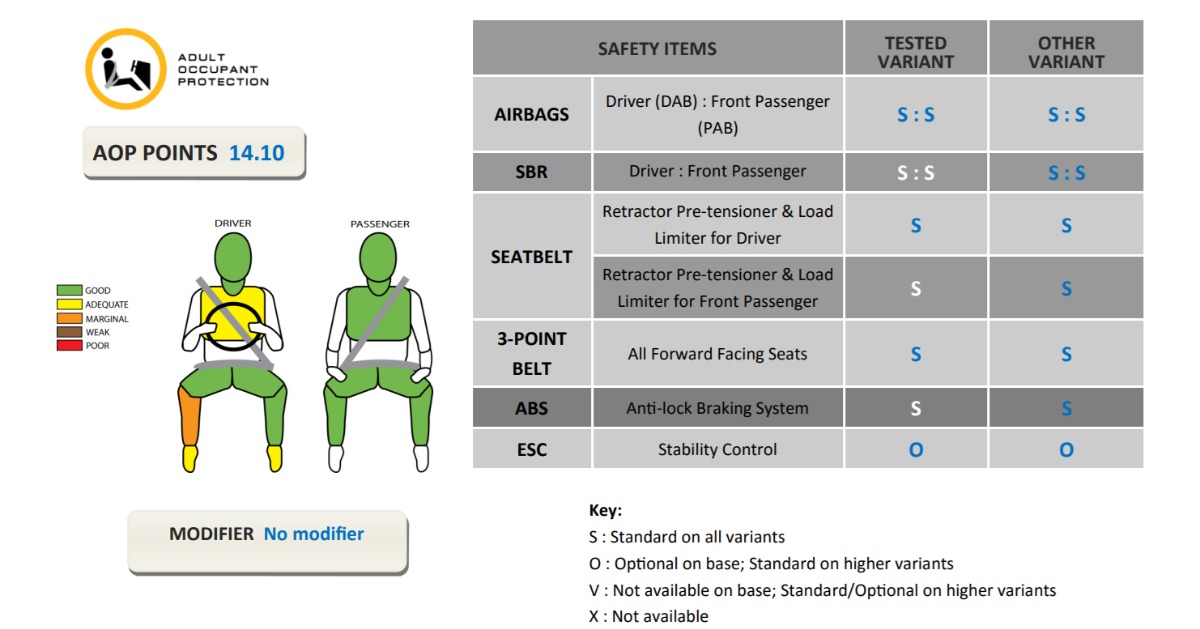 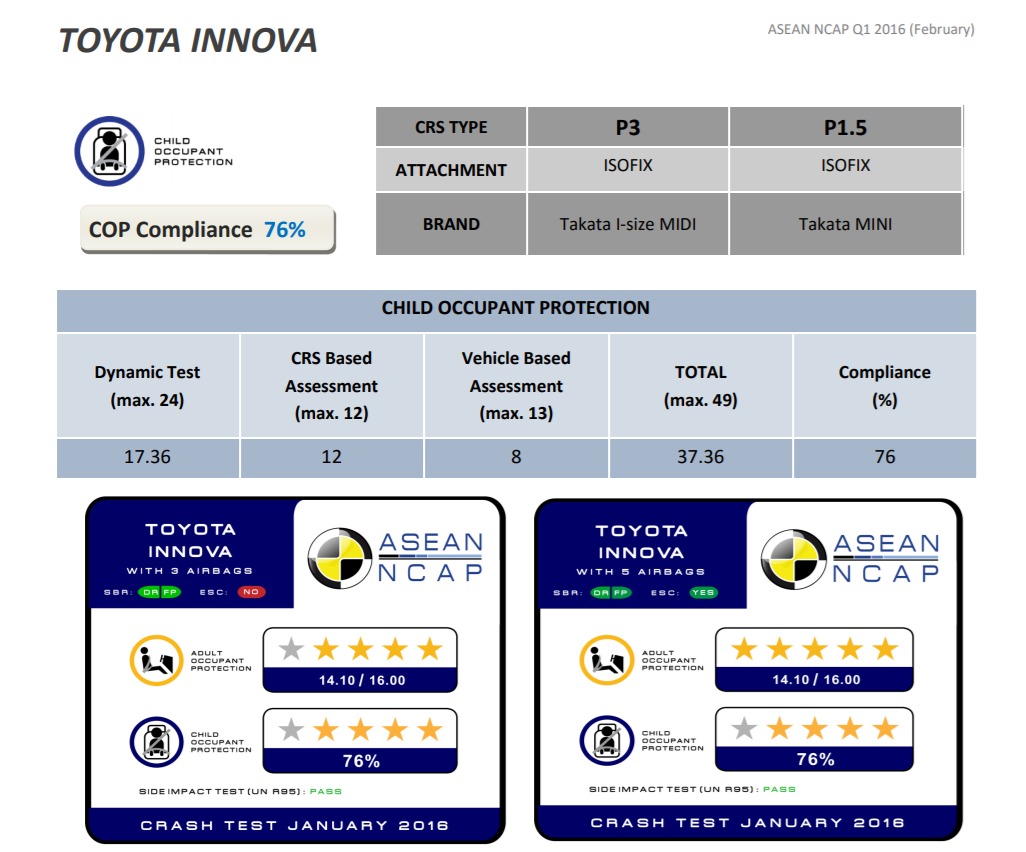 The second-generation model that was recently launched fared well during the test by obtaining 14.10 points for Adult Occupant Protection (AOP). However, as ASEAN NCAP prerequisite for 5-Star requires the variant to be equipped with Electronic Stability Control (ESC), only variants with ESC is eligible for 5-Star AOP while those without received 4-Star AOP. As for Child Occupant Protection (COP), Innova achieved 76% compliance that puts it within the 4-Star category rating. The model has Anti-lock Braking System (ABS), Seatbelt Reminder (SBR) for driver and front passenger, ISOFIX and top tether fitted as standard in all of Innova’s variants. ESC is available as optional for the base but standard on the higher variant.

Take the ZX (Diesel) AT for Example

※Seat Back Table: With Wood-Finish Ornament 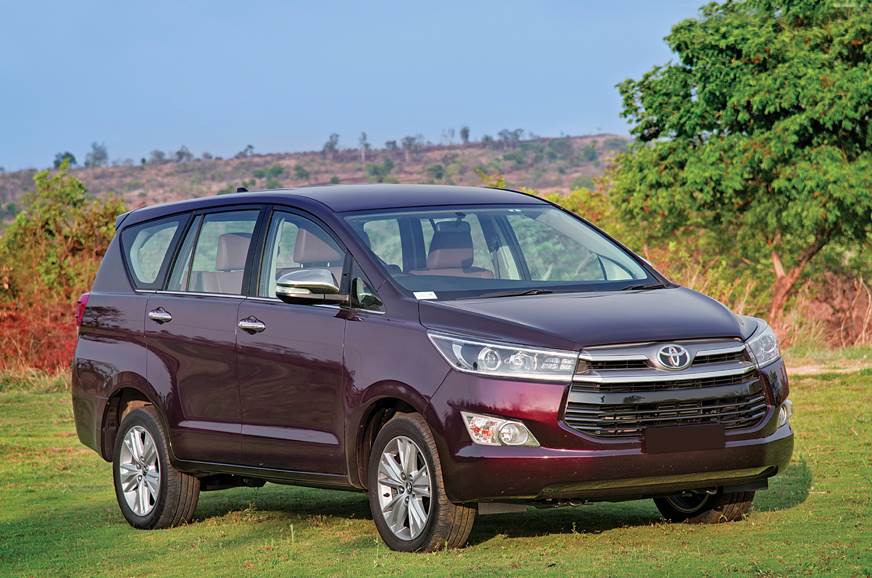 The Toyota Innova Crysta has its defects but also gets advantages. There are plenty of nice virtues about it, such as practicality, reliability, comfort, good resale and gorgeous features. In addition, it can carry six or seven people to go almost everywhere you want. The only weakness is its price, which is set at a premium but consumers can expect to get an ideal portion of their cost thanks to its high resale value. 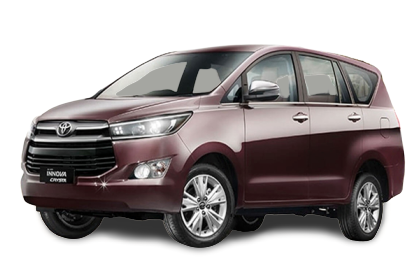