Comparison Review: Volkswagen Polo vs. Ford Figo – which one is the best hatchback for you?

Both the Volkswagen Polo and Ford Figo have received a mid-life update and they all come up with brand news design of exterior and interior. Since they have a lot in common and have become a pair of long-term main rivals with each other. We will launch a comparison between them from the parameters of Ride Quality, Exterior, Interior, On-Road Price, Colours, Ground Clearance, Dimensions, Specifications & Features, Mileage, and safety. Just for your reference.

The Volkswagen Polo is equipped with a powerful but quiet engine. The linear power delivery and sleek gearbox makes the Polo easy and smooth to drive both in the city and on highway. The steering is good because it would be very light when at low speed and weighs up smartly when speeds up. The control is quick and precise with direct feedback. Besides, the tough suspension setup also contributes to the soft and comfortable ride quality. 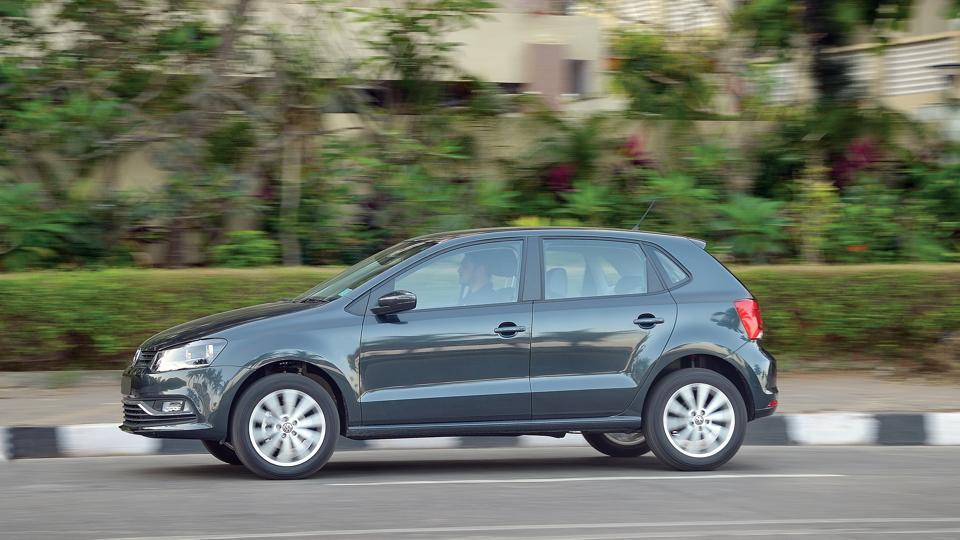 The Ford Figo is powered by a new and more powerful engine so you will receive a better acceleration experience than before. The engine is quite smooth and quiet; you will only feel a little bit vibration. The general low and high speed performance of Figo is quite surprising; it shows great calmness since you won’t feel any turbo lag when it is full loaded with passengers. The steering of Figo is direct and the handling is light. In general, the ride quality of Ford Figo is flat and comfortable even the brakes are a little bit too sensitive. 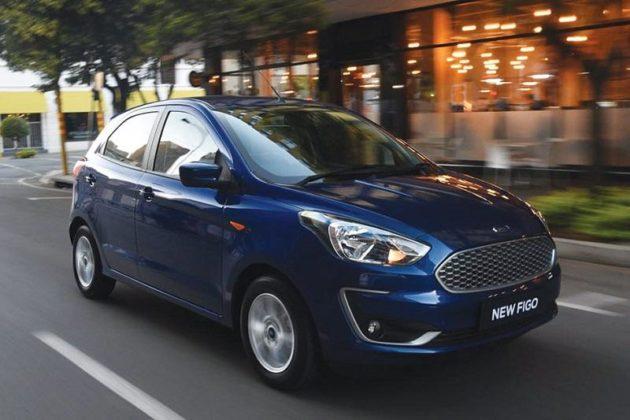 The Volkswagen Polo has launched a price range from ₹ 6.44 Lakhs to ₹ 11.38 Lakhs, covering 8 available variants in total. Only 1 of its variants is loaded with the automatic transmission and the rest 7 are equipped with manual gearbox.

As for Ford Figo, it starts its price at ₹ 5.79 Lakhs and stops at ₹ 8.74 Lakhs with 7 available variants, among which 6 of them are equipped with manual gearbox and only 1 is loaded with automatic transmission.

The Volkswagen Polo offers a slightly higher price range than the Ford Figo but with 1 more available variant for your option.

Let' s take a look at the safety features loaded on the Volkswagen Polo first:

At the first glance of the list above, I would say the Polo is only equipped with standard safety features. But the most surprising thing is that the Volkswagen Polo scored a 5-star rating in the safety test launched by ANCAP. If you want more detailed safety information of Volkswagen Polo, please click here. 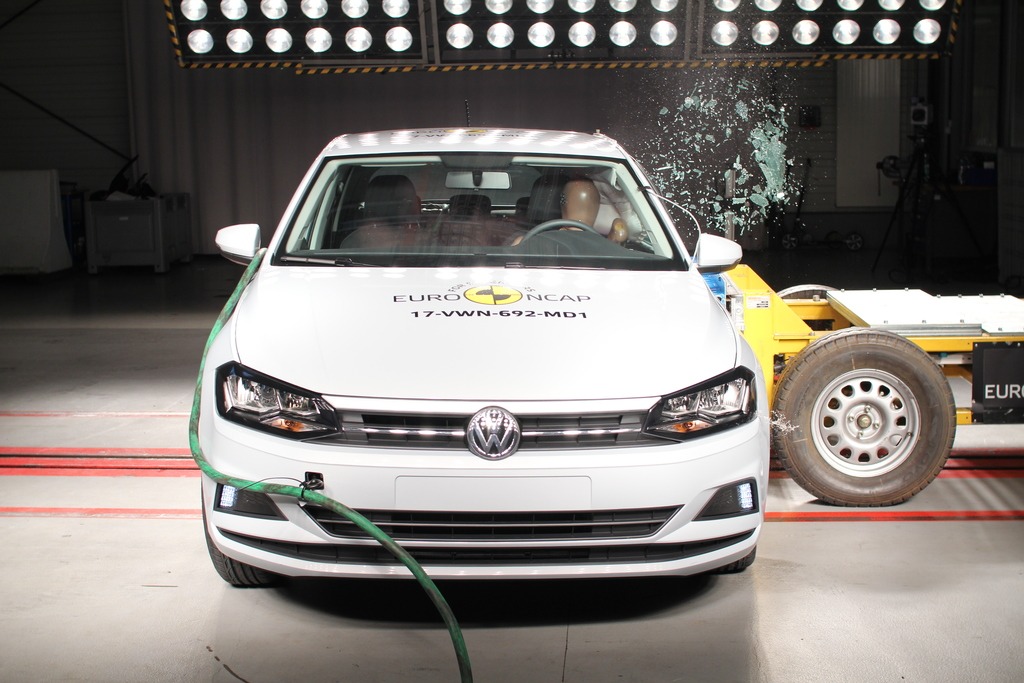 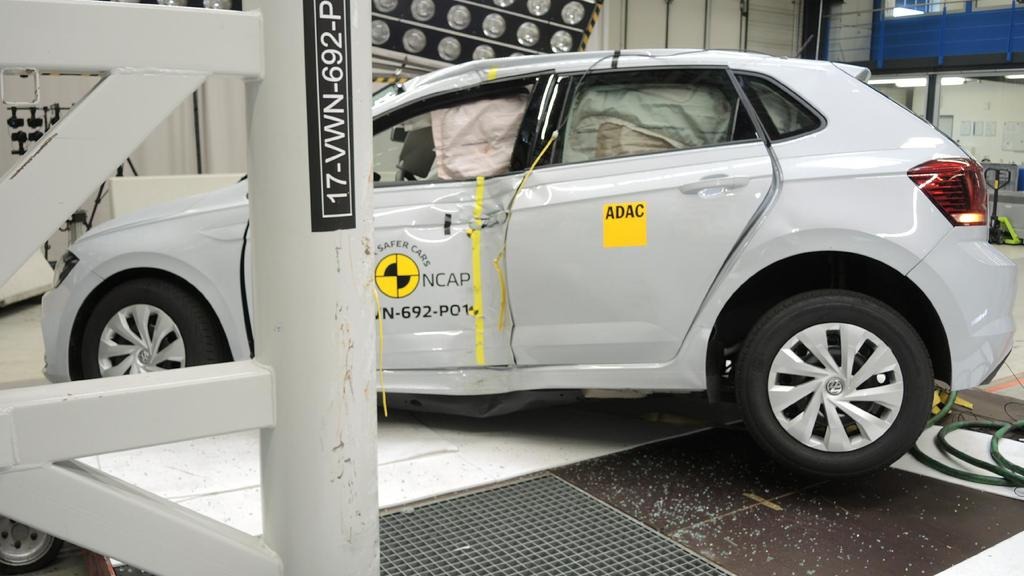 Here comes the list of safety features loaded on the Ford Figo:

The Ford Figo offers 4 more airbags than the Volkswagen Polo, and it scored a 4-star rating in the safety test launched by LATIN NCAP. If you want more detailed safety information of Ford Figo, please click here.

The mid-life upgrade of Volkswagen Polo did not bring much surprise to its exterior. You will still get a GTI-style front bumper with a black-painted and honeycomb mesh pattern front grille. For its side profile, the new Volkswagen Polo offers new 16-inch “portago” alloys, blacked-out ORVMs and a side skirt. When it comes to rear part, the Polo has brought a new black spoiler, a refined rear bumper, a new diffuser and a pair of reworked tail lamps. 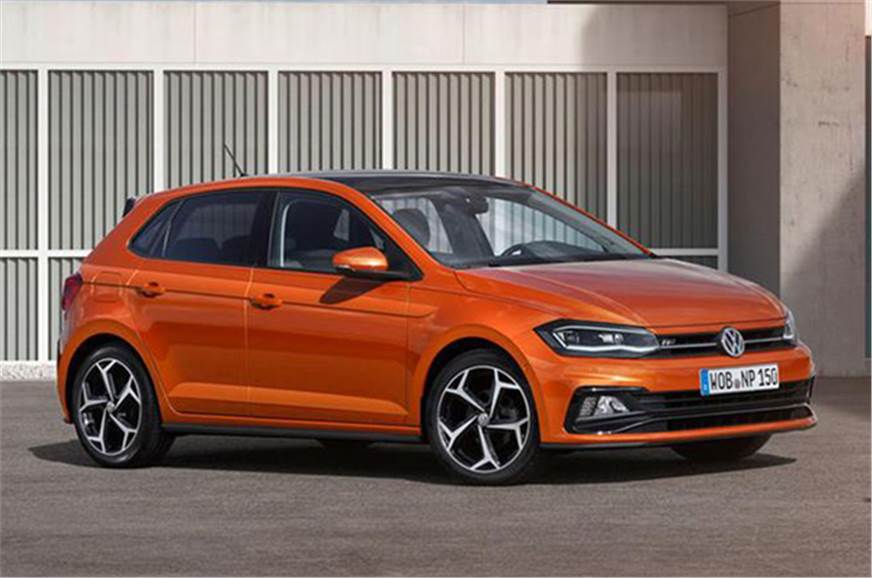 The new generation of Ford Figo did not receive some sheet metal changes. But the whole car looks fresher with a modern-style design. The front part has adapted lots of changes compared with its previous version. The new front grille is more outstanding than before, which makes the front part looks more attractive. As for the side profile and the rear part, the new Ford Figo is quite similar to its predecessor except the chiseled new bumper. 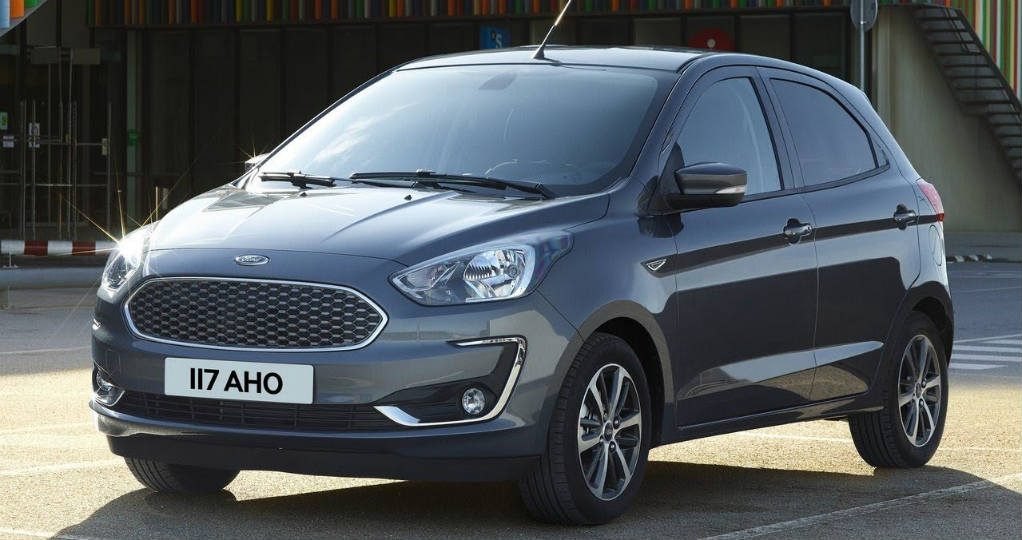 The Volkswagen Polo gets the styling design in its interior as its exterior. The classier checkered pattern for upholstery is one of its main highlights. A new touchscreen infotainment system is also loaded on board. Besides, the interior has a reasonable layout and you can reach to every feature easily. You can hardly hear any noise from outside. 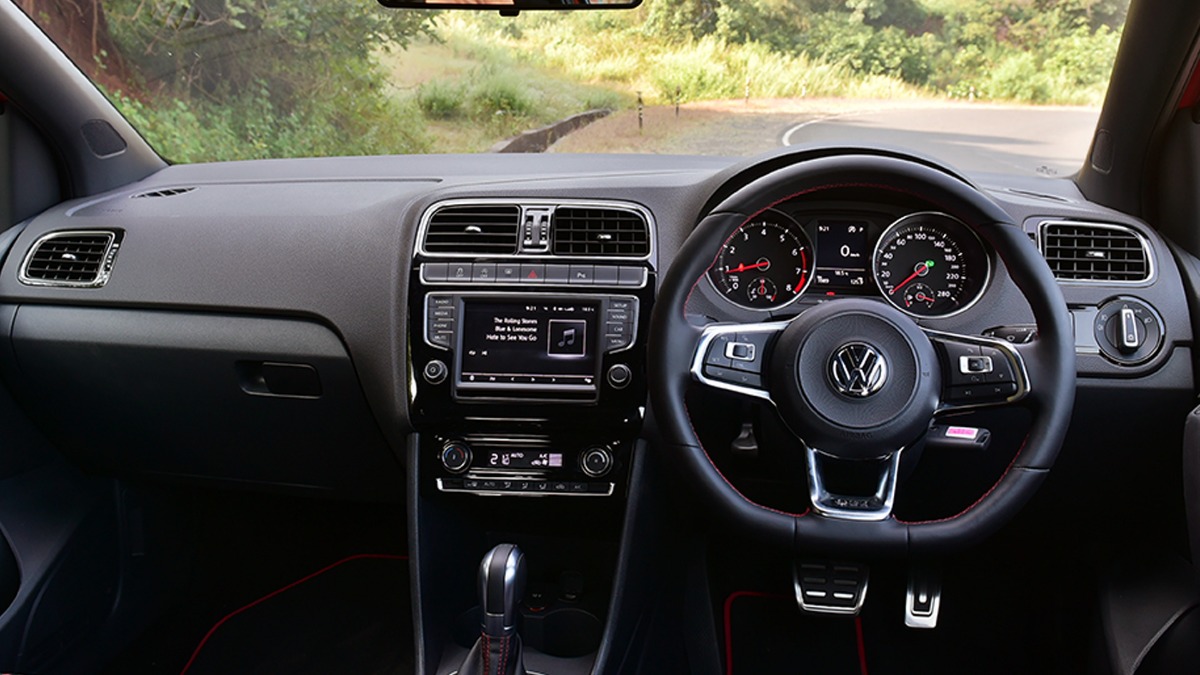 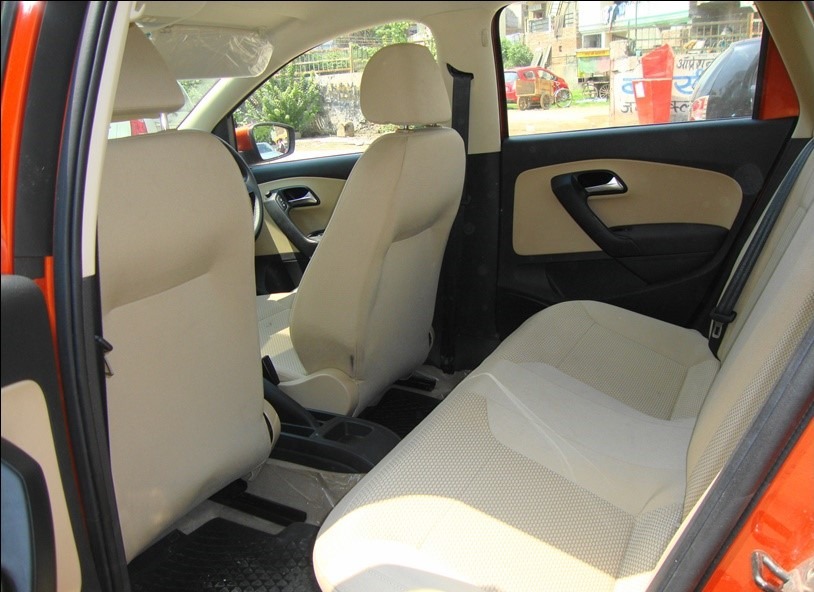 The greatest upgrade of Ford Figo’s interior is its 7-inch floating touch infotainment system, which is newly added. It makes the dashboard looks much simpler and cleaner. Generally, the overall interior fit and finish quality are acceptable. Both the front and rear seat are wide enough to fit 5 passengers inside. What’s more, the new gen Figo even gets the adjustable rear headrests. 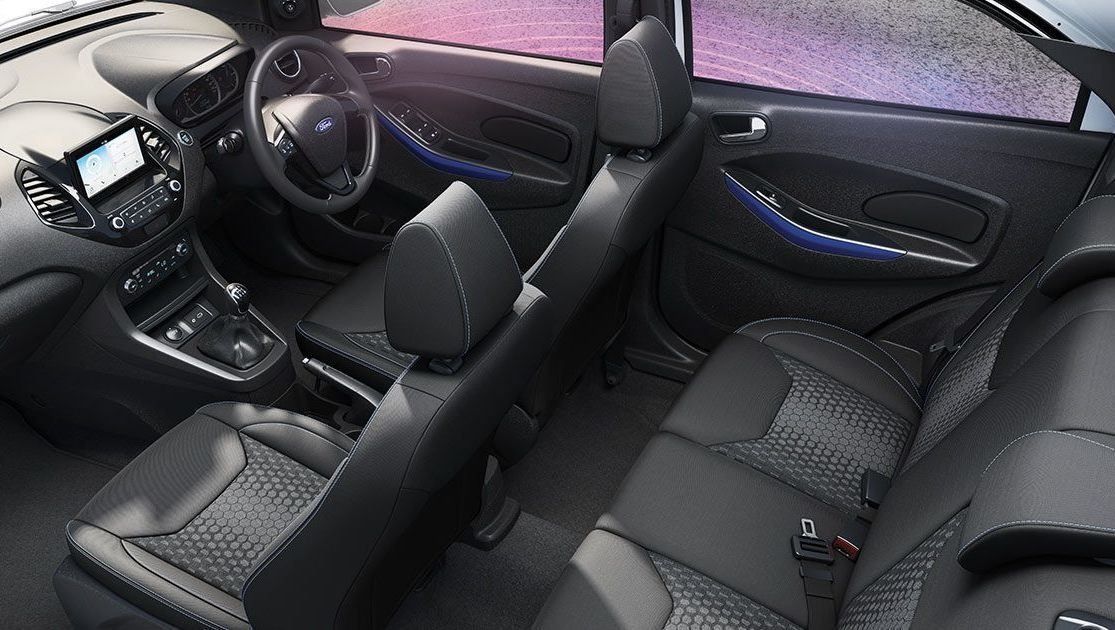 The Ford Figo has a better average mileage performance than the Volkswagen Polo.

From the dimensions comparison we can learn that the Ford Figo is only 30mm shorter than the Volkswagen Polo, but 22mm wider, 47mm higher, and 20mm longer in wheelbase. More importantly, it is 96kg lighter than Polo.

Both the Volkswagen Polo and the Ford Figo have the typical ground clearance of hatchbacks in their segment. The Figo is only 3mm higher than the Polo. 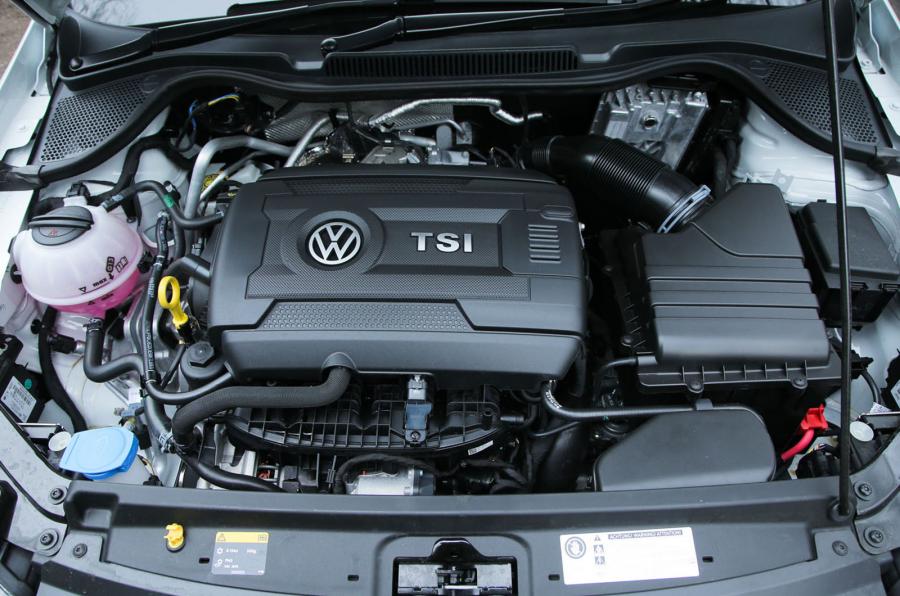 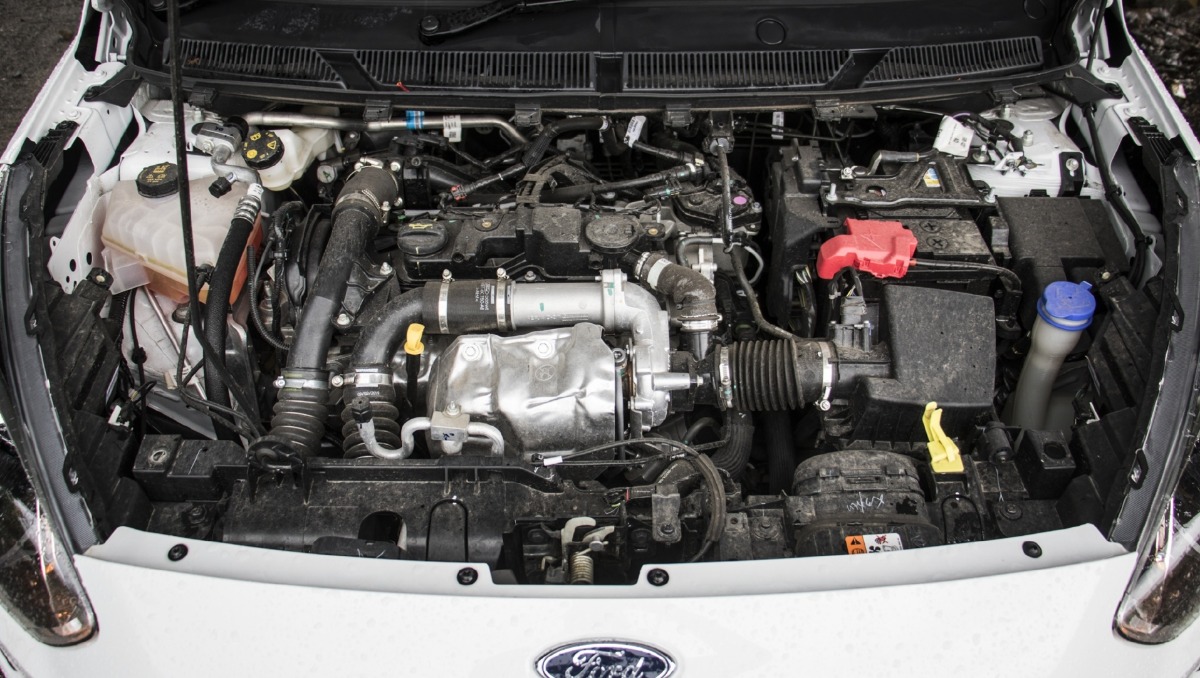 Home > News > Comparison Review: Volkswagen Polo vs. Ford Figo – which one is the best hatchback for you? 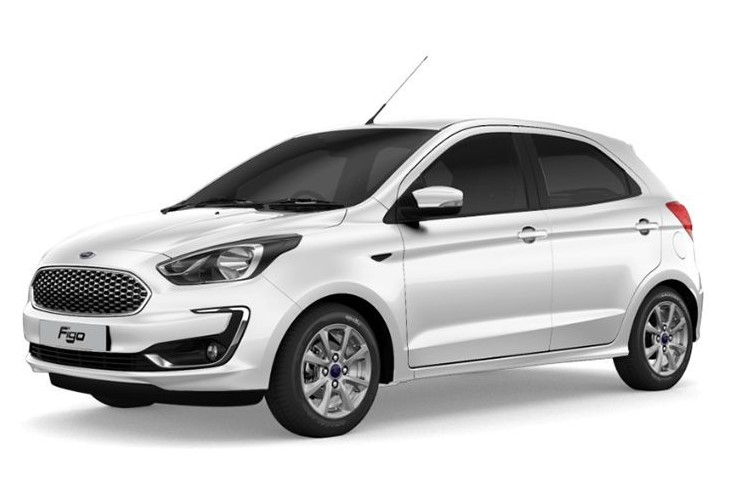