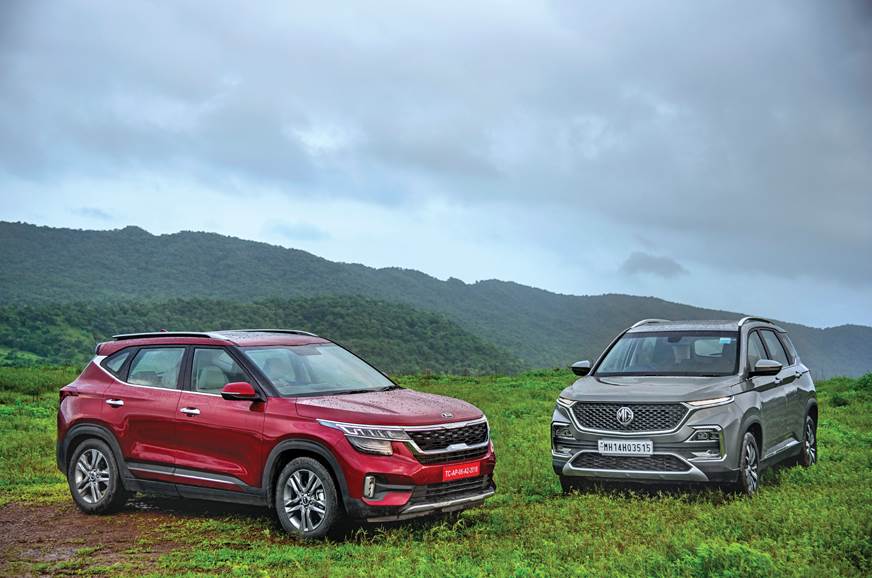 We made this cars review between Kia Seltos and MG Hector by comparing their On-Road price, Features, Specifications Interiors, and Exterior, etc; And help you to find your next perfect car.

Kia Seltos: According to our test, the ride quality on our test cars with 18-inch wheels was quite good while facing India’s speed bumps and occasional potholes, which are hoovering up concrete kilometers with aplomb. Sadly, I wasn't given any opportunity to try its off-road chops. But when it comes to the daily uses for a crossover-SUV -- compare something like making the school run, weekend excursions to the mountains, that sort of thing -- the Seltos looks ideally suitable.

MG Hector: Dynamically, the Hector isn’t a driver’s car and is clearly set up for low-speed urban environments. In town, the soft suspension delivers a comfortable ride and that nicely soaks up the impact of rough roads and potholes. The Hector’s light steering is not so accurate but it makes this one large SUV get through the city traffic much easier. It has acceptable high-speed performance and keeping triple-digit speed is quite easy. In high gear, fuel consumption is also quite economical compare to Kia Seltos. 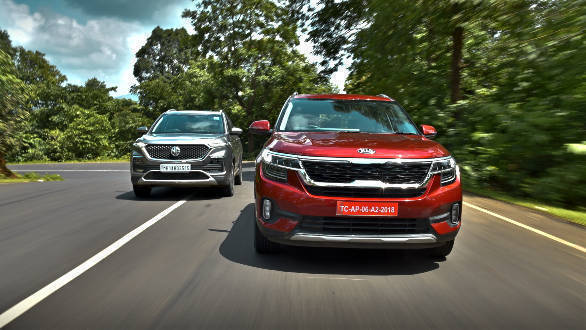 MG Hector: The MG hector comes with the 2 airbags, ABS, EBD as standard so should easily score over 3 stars in the NCAP test ratings instead of one star. Not to forget that cars like the baleno, hyundai creta, hyundai i10 also score over 3 stars in the cars crash tests. Though that also depends on the platform on which the car is built. Which is quite good in the MG Hector. It is a global product hence you can expect the quality levels are almost the same.

It’s no doubt that the Seltos performed very well in the crash tests compare to its competitors, while Hector did not participate in any relevant crash test. But at least from the perspective of hector's safety features and its global platform, we can have a good expectation for its safety.

Kia Seltos interior: On the inside, the quality of materials are just right and makes it feel properly premium. The leatherette wrap for the flat-bottomed steering wheel and the chrome finish was upmarket. In terms of equipment, Kia india offers all that you’d want and even some more. Top versions of both, the Tech Line and GT Line get LED headlights, auto LED headlights, tire pressure monitoring system, an electric sunroof (though not panoramic), ventilated front seats, a powered driver’s seat, a Bose sound system, more front and rear parking sensors compare to MG Hector, wireless phone charging. What’s more, in times of deteriorating air quality, is an onboard air purifier with three selectable fragrances which is quite handy. As you’d expect, the 10.25-inch touchscreen infotainment is bundled with Android Auto and Apple CarPlay. The connected tech works well but its performance is a function of network access, so don’t expect it to be reliable at all times. Cloth seating comes standard, with artificial and real leather seating surfaces available on higher levels. The Seltos uses its additional length effectively; it has 38.0 inches of rear legroom, which is practical enough for young people to use. There’s one large bottle holder on each of the doors, cupholders for front and rear seats, and a reasonably-sized storage bay under the front armrest. To nitpick, the wireless charging bay at the base of the center console isn’t all that easy to access. There’s also ample room for luggage. The 433-litre boot is well shaped and you also the option to fold the 60:40 rear seats flat to make more space. 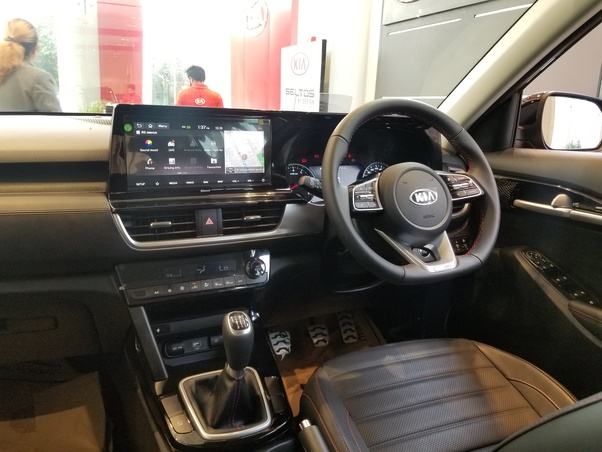 MG Hector interior: Inside the cabin, the Hector gets an all-black treatment which gives it a sporty look. The upper part of the dashboard is covered by plastic, and the center of console features leatherette. Coming to the equipment, it's generously packed with a big 10.4-inch HD touchscreen, 7.0-inch MID, keyless-go, LED auto headlamps, rain-sensing wipers, LED mood lighting, cruise control, sun-roof, fast charging ports and eight speakers.  Like the Seltos, Hector is also regarded as an “Internet car”. It equipped with SIM connectivity (5G ready) in order to provide connectivity on the go. The carmaker has partnered with Gaana, TomTom, AccuWeather, Microsoft, Adobe and many others. This one also has many intelligent functions, such as switching songs or adjusting air conditioning through voice control, and even opening and closing the sunroof. Of course, compare to the Seltos, many functions need to be connected to the network, so the is not reliable all the time. MG Motor India also provides storage room around the Hector. This includes the center console, rear armrests and multiple cup holders on all four doors. In terms of boot space, the MG Hector comes with a massive 587-litre with all seats positioned upright. The rear seats can also be folded in a 60:40 split, which expands the boot space even further. 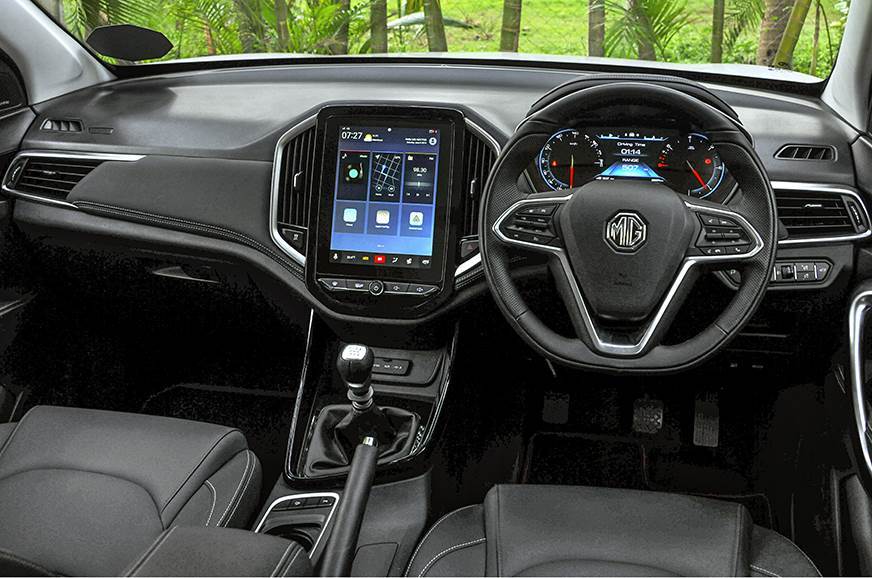 Both two models are so-called “Internet car” with long feature lists below their names. The only difference may be that the design of Seltos is more beautiful, which is a big advantage for Korean brands. 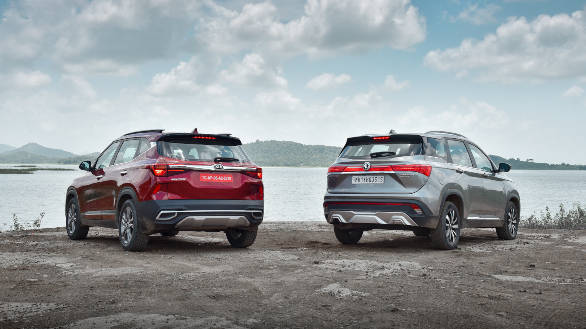 Kia Seltos new car launch: The Seltos has probably been the launch of the year in India. Introduced in August, the SUV has taken the market by storm. While the cumulative sales of the Seltos have crossed 40,000 mark by November-end, Kia Motors has received nearly 90,000 bookings for the vehicle.

MG Hector new car launch: The Hector 6-seater is expected to be unveiled at Auto Expo 2020, which is believed to be the next launch of MG Motor India.

Kia Seltos specifications & features: The Kia Seltos has 1 Diesel Engine and 2 Petrol Engine for choosing. The Diesel engine is 1493 cc and the Petrol version is 1497 cc and 1353 cc. It is matched with Manual and Automatic transmission.

MG Hector specifications & features: The MG Hector has 1 Diesel Engine and 1 Petrol Engine on offer. The Diesel engine is 1956 cc while the Petrol engine is 1451 cc. It is available with the Manual and Automatic transmission. 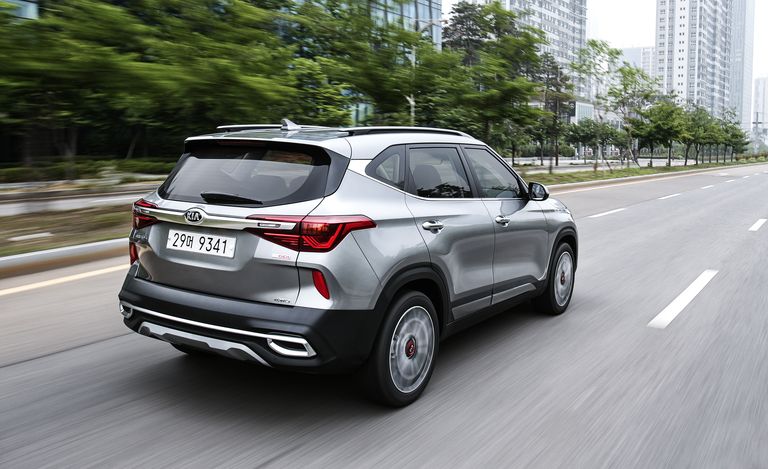 Conclusion: Both Kia and MG, being global players have launched their, though first, but premium cars targeting the most successful category entry-level SUV in India, and people compare both the cars that has been doing the rounds ever since the two cars were announced. Honestly, it's really hard to find which one is better, but we can only say that both cars have their own specific advantages and disadvantages. The Seltos has a stylish and fancy appearance that commonly found in Korean cars, and has lots of practical technology features. It is also offer with two types of powerful engines and 4 different transmission options that are not at all offered by any other rival in the segment. In terms of Hector, as mentioned above, Hector has the largest size in its class, and of course, the largest space in its class compare to Seltos. Therefore, it is always considered as a real mid-level SUV. But sadly, its 17-inch wheels and its size do not match so well. Also, there is no automatic in the diesel which is not a good thing when you look at the need of automatics in India. Therefore, both these cars actually appeal to two very different kinds of customers. If you are someone who can compromise a little on space and like spirited driving, the Seltos is the one for you. But make no mistake, the Hector offers a lot of space which is much larger than its rival. So, if you are looking for a comfort and relaxed city SUV, there’s nothing better than the Hector. 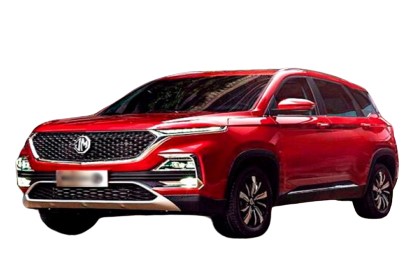